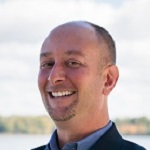 John Bly grew up going to the same lake every summer with his family. After college, he realized he wanted to expand his horizons further than that lake vacation and has since been to over 40 countries on every continent except Antarctica. One of his favorite trips was when he took his family to Aukland, New Zealand a few years ago.

In this episode, John and I talk about how it’s very important to decompress. He’s always going full speed in the office, so he’s found taking a quarterly trip helps him perform much better. John has also learned a lot about himself and others as he’s visited different cultures. Clients and coworkers enjoy hearing about his latest adventure, which helps create stronger relationships in the office. He leads by example because he feels it’s on the firm’s leadership to set the tone for their culture, saying, “If you encourage it the right way, it becomes a family-like atmosphere.”

John Bly is the Managing Director of LBA Haynes Strand, PLLC in Charlotte, NC, NC. He’s also been a Global Board Member of Entrepreneurs’ Organization (EO) for the last two years.

He graduated from Bryant University with his BSBA, Accounting, CIS degree and later received his MST, Taxation from the University of Denver. He recently completed the Entrepreneurial Masters Program at MIT.

Other pictures of John

Herschel is an Accountant & NABA Chairman & Tech JunkieHerschel Frierson talks about some of his...