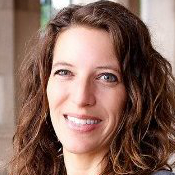 “The Dancing Accountant” dishes on how she stands out to clients

Nancy McClelland loves dancing so much, when she decided to start her own firm, she called it The Dancing Accountant, LLC. She shares some great insight into how opening up to her clients about her hobby makes her seem more human and less intimidating.

Being a professional 1960’s Go Go Dancer was something that Nancy had always wanted to try. Shortly after a milestone birthday, she realized that it was now or never, so she began taking classes in Chicago. Just four short months later, she was asked to join The Janes Go Go Troupe and began performing at events all over the city — including at one of her client’s venues!

Nancy graduated from the University of Michigan with a Bachelor of Arts degree in Music Education and went straight to work as the Business Manager at the Ann Arbor School of Performing Arts. Someone along the way gave her a CCH Tax Guide and that’s when she realized she should get her Masters in Accounting, pass the CPA Exam and start her own firm.

Other pictures of Nancy