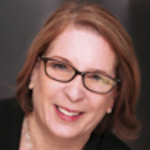 Ruth goes “all in” for better coworker relationships

Ruth Ross learned how to play poker at age 10 from her father. Little did she realize that it would give her the skills she would use a Human Resources executive. But she didn’t stop at the kitchen table — combined with her love of travel, she’s played poker all over the world from Las Vegas to Monte Carlo.

In this episode, Ruth talks about how poker gives her the ability to work on her “gut instinct” to read others, which is often very useful in dealing with office issues. She parallels employee engagement with poker, saying that we’re each dealt a hand at work and we need to decide whether to fold or go “all in”.

Ruth is an engagement evangelist, speaker, and author at R Squared Resources. She wrote the book “Coming Alive: The Journey to Reengage Your Life and Career”. Prior to this, Ruth spent 30 years as a Human Resources professional, working her way up to Executive Vice President.

She graduated from Syracuse University with a BS in Human Development and Business. She later went on to get her MS in Counseling from Northeastern University.

It’s anonymous and I promise it’ll take less than 2 minutes.

Other pictures of Ruth