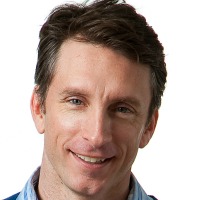 Mike says that he isn’t good at it but he really enjoys playing the guitar. He finds that concentrating on something other than work allows him to disconnect and gives him a release to come back to the office refreshed. He also likes to be outdoors hiking, which he says is also a fun way to have a business meeting, creating a “remember when” experience with clients or coworkers that creates stronger bonds.

In this episode, we talk about how you, yes you, have permission to talk about your hobbies and passions at work. This gives your coworkers and clients a deeper, pneumatic connection so they’ll actually remember you. Mike also adds that the best organizations create a culture that empowers each employee to truly be themselves while also being a representative of the organization.

Mike Michalowicz is an entrepreneur and popular keynote speaker on innovative topics. He’s also a former small business columnist for The Wall Street Journal; is the former MSNBC business make-over expert; and is the author of Surge, Profit First, The Pumpkin Plan and The Toilet Paper Entrepreneur, which BusinessWeek deemed “the entrepreneur’s cult classic”.

He graduated with degrees in Finance and Management Science from Virginia Tech, where he was a member of the lacrosse team.

Other pictures of Mike

Don’t Be Afraid to… Take the InitiativeTURNING TO ONE ANOTHER by Margaret WheatleyThere is no power...