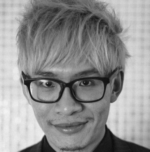 At the age of 22, Vinh Giang decided not fulfill the Asian prophecy and become an accountant, so he took a slightly different path and pursued a career as a magician. Since then he’s won multiple awards for magic shows, he’s a successful international keynote speaker and runs a video production company in Australia called Luminary. Being a magician, speaker, and a director all have one thing in common – Storytelling. And that’s his greatest passion in life.

In this episode, we talk about how everyone in the office first found out he did magic and how bringing that to the office brought a breath of fresh air to an otherwise dull environment. And Vinh discusses how he hated work because he realized his “work self” was different than his “real self”, so he was so relieved to be able to bring some of that to work and make it more fun. We also talk about how professionals should be more like performers, having opening and closing jokes or stories that break down the barriers professionalism has built.

Vinh Giang is the CEO and Director at Luminary Productions and an International Keynote Speaker, using magic to deliver his message. Prior to that, he worked at a small accounting firm in Adelaide, Australia.

He studied accounting at the University of Adelaide, Australia.

Other pictures of Vinh

Herschel is an Accountant & NABA Chairman & Tech JunkieHerschel Frierson talks about some of his...